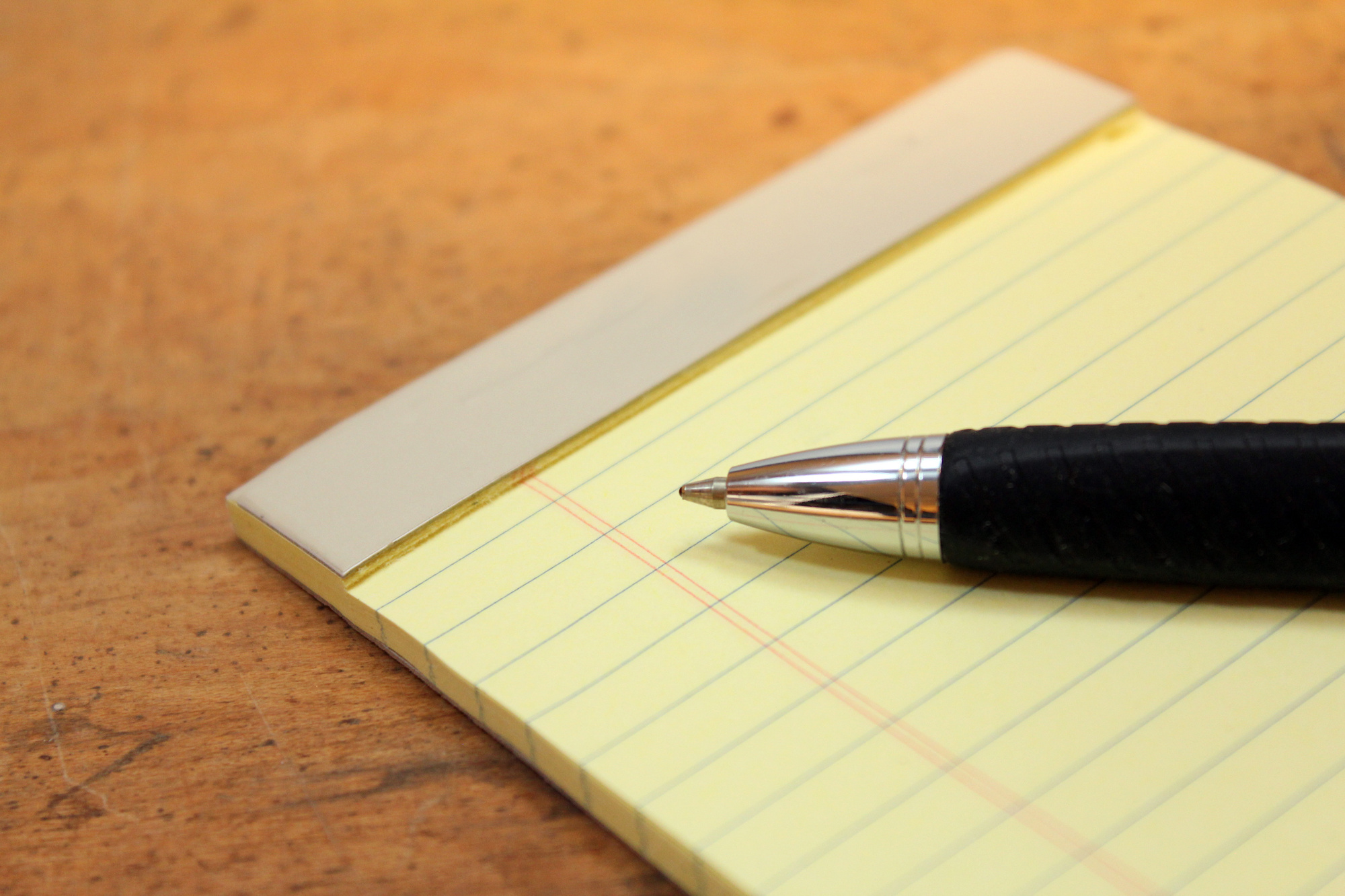 How Did Legal Pads Get Their Name and Why Do Lawyers Love Them?

Defined by its wide margins and yellow paper, the legal pad has become a staple in every office, especially for lawyers. But where did legal pads come from, why are they yellow, and why are they so popular? We'll answer all these questions in this article.

Jerry Seinfeld says that he has to write all of his jokes on the yellow paper with blue lines that we all know as legal pads.

He's not alone, either. Many people swear that the only thing they use to write on is legal pads. There's something about them that leads to confidence and creativity, but how did they ever come about and why are they called legal pads?

It seems that people in the legal profession don't always use this kind of paper, and artists and writers are constantly swearing by them, so why in the world to do we call them legal pads? Let's explore.

The History of Legal Pads

The history of legal pads, or what we just see has a writing pad, dates back to the late 1800s.

Massachusetts was home to a young man named Thomas Holly. He worked in one of the paper mills in Holyoke, getting frustrated by the number of scraps that he and his coworkers had to pick up at the end of the day.

Whether he was concerned about the wasting of paper or just looking for a way to profit off of the leftover scraps we can't say. What we do know is that he had the bright idea of using those scraps to cut into the same size and compile into a unified stack of papers.

He bound them together into notepads, effectively creating what we now know as the looseleaf notebook. This worked out well for Holly because he was able to acquire large amounts of free paper to use in his notepads. His idea worked out so well that he quit his job at the mill and started selling notebooks full time.

While his pieces of paper weren't yellow, they were the origins of what became the legal pad. Whether or not Thomas Holly was the one with the idea to include lines to separate sentences is something that we aren't sure of. It's likely that blue was simply the color that contrasted best with yellow, and that is why the lines of legal pads are typically blue.

One of the main distinguishing features of the legal pad is the fact that it has specific margins. The American Pad and Paper Company states that the margins of a typical legal pad include a 1.25-inch gap down the left side of the paper.

A judge, seeking spaces to write his notes, requested that Holly include the margin on the left side of the paper. This was in 1900, and works so well that margins are included in nearly all notebook paper, offering an opportunity to write side notes and indexed revisions.

Dying the paper yellow would have been a poor business decision for Holly, as it would have upped his prices. It's for that reason that we don't believe he was the one that started the tradition of yellow pads.

There are a couple of ideas on how the pads came to be the color they are, but there's no definitive answer as to where or when that tradition started. Research in color psychology can back up the claim that yellow stimulates the mind.

One hypothesis is that the color was chosen for those in the legal profession because it stimulated their creativity and mental capabilities. It also provided a background that contrasted very well with black ink, providing a professional feel.

Another idea is that, because the papers were compiled mostly of scraps of varied paper, the yellow color was added to give the illusion that the sheets were one unified piece. Yellow may have been the easiest and most affordable die on the market that was still close to the color white.

Support For the Pad

It's hard to say why the legal pad is such a classic piece for artists and professionals. That being said, there's something nice about writing on a legal pad. In the same way that a ball-point or #2 pencil is intuitive and feels right, the legal pad gives off an air of professionalism.

Artists like Jeff Tweedy, Jerry Seinfeld, and Jonathan Dee all swear by the use of a legal pad. That means that some of the most valuable pieces of recent artwork were written and executed through the use of the legal pad. The show Seinfeld, the album Sky Blue Sky, even entire novels have been written on legal pads.

It's definitely more convenient to write these things on different mediums, so there must be some kind of benefit that comes from using them. Suzanne Snider, a journalist, did some research on the history of the legal pad and why it's so valuable to us as a culture.

She states that its a perfect object, classic, and cheap. Another reason that she cites is that we aren't typically allowed to use them as kids. Legal pads are seen as the notebooks of our parents, detailing important matters like bills and schedules. Seeing a parent's handwriting as a child elicits a certain feeling of authority and importance.

Add that handwriting to a yellow sheet of paper and you better be sure that you don't spill your juice on that thing. When we grow up and finally have access to the magical yellow pad, we feel as though we're doing something important. That confidence in our own importance may just be the reason that some of our best work is done on these pads.

Whatever the reasons are, hopefully the mystery of the importance of the yellow pad doesn't get lost in the popularity of the internet. There's something about America that needs lawyers scribbling away on their legal pads to enjoy the confidence booster that it provides.

Legal Pads Aren't the Only Thing That Lawyers Love

If you work in a law office and are curious about other intriguing mysteries of law, there are places on the internet that can give you the answers. Legal pads are not the only classic item that lawyers lay claim to.

Whether you need supply lists, advice, or entertainment, we have all of the law office information that you need.